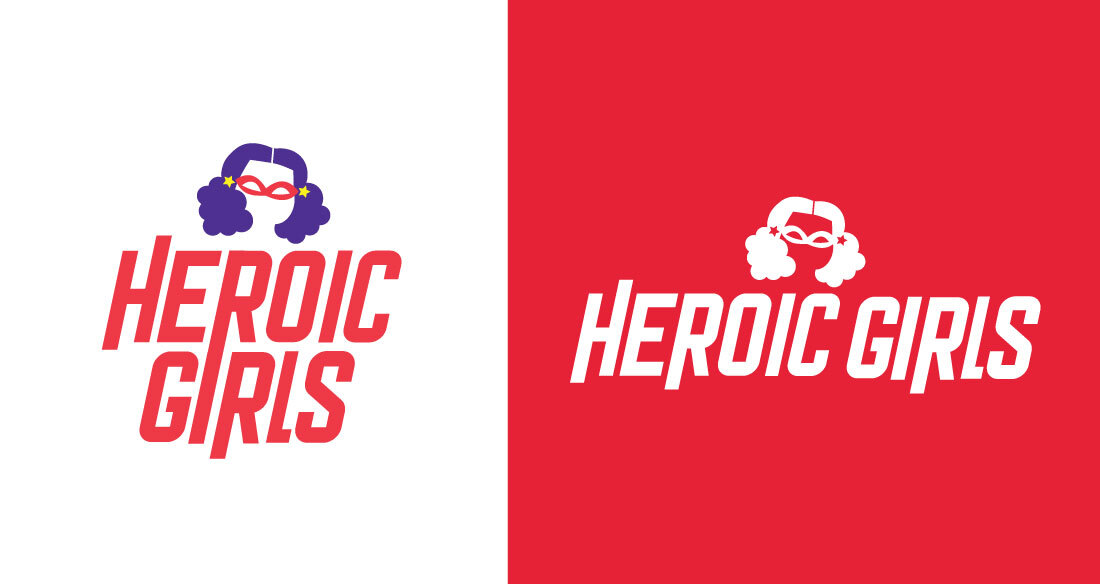 When Heroic Girls flew into our neighborhood looking to catch a new logo, the Uptown Studios Design Team was happy to help save the day. Wanting a superhero aesthetic that was also suitable for social media, the design team got to work.

Heroic Girls is an organization dedicated to empowering girls by advocating for strong role models in alternative media, particularly comics. Heroic Girls wants to get more girls and women involved in the creation and consumption of comic books as a tool to increase assertiveness and self-esteem.

Since Heroic Girls is all about “Girl Power,” we began by exploring woman-made and depicted comic books. By exploring modern female-centered comic books, our graphic designer was able to immerse herself in this style. To take it one step further, she created three initial versions: one simplified, one abstract, and one symbolic. Since there was so much emphasis on the “iconic” needs of the logo and the necessary female influences the team worked with the idea of what the female icon means within comic books. Our designer did research into what represents a superhero to the target audience, and how representation could be abstracted. It was important to learn about the organization and what they stand for in the space of feminism, while also representing the audience with the sophistication young girls deserve.

The client came to Uptown Studios with a clear picture of what they wanted, something minimal, bold, and representative of common hero icons like a mask. Of course, we wanted to make something unique and special for an organization that stands for so much. Our designer took that inspiration and made a mark that’s bold with iconic hairstyles and a mask. The face remained rounder to add some playfulness and younger age. Our team worked with a couple of different fonts, but in the end landed on a more serious, angular, and “super-hero” kind of font. The simplicity and boldness of the mark ensure it is iconic and easy to reproduce at big and small sizes.