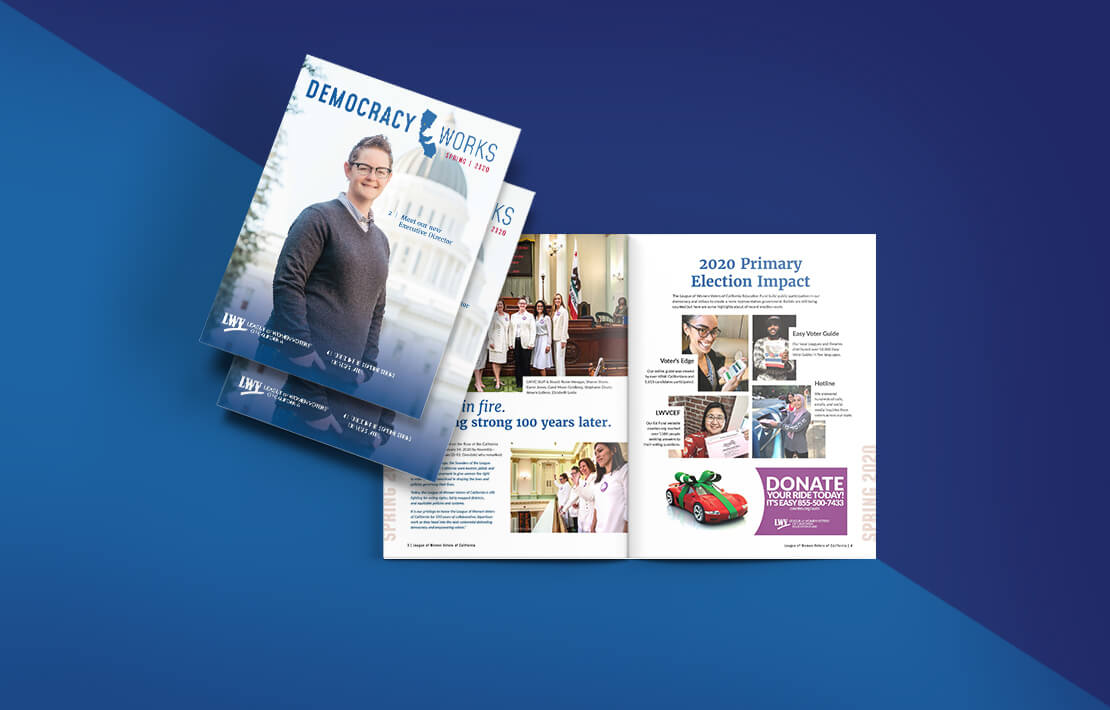 As part of Uptown Studios’ continued work with the League of Women Voters, the League wanted to create a newsletter that would educate their members about their 2020 goals, agenda, and policy. While the League had a previous design, they wanted a new, fresh, modern newsletter with a dynamic layout. So, Uptown Studios’ design team delivered.

To begin creating a new design for the League’s newsletter, the design team first identified the key switch the League was looking for: they wanted to visually communicate that while they are a national organization, they are based out of California. To address this, the designer decided to create a whole new masthead that featured some of California’s most recognizable iconography

The design kicked off very smoothly. League of Women Voters supplied beautiful photos which made it very easy to accent the aspects of their brand as well as come up with a dynamic newsletter layout. With such diversity of phototype and subject, their organization of content allowed for an effortless layout and matching masthead. To address their “must-have” California iconography, small elements such as the California star and bear emblem as well as California poppies were added throughout. Color also played a large role in the design; utilizing a lot of blues and minimal reds.