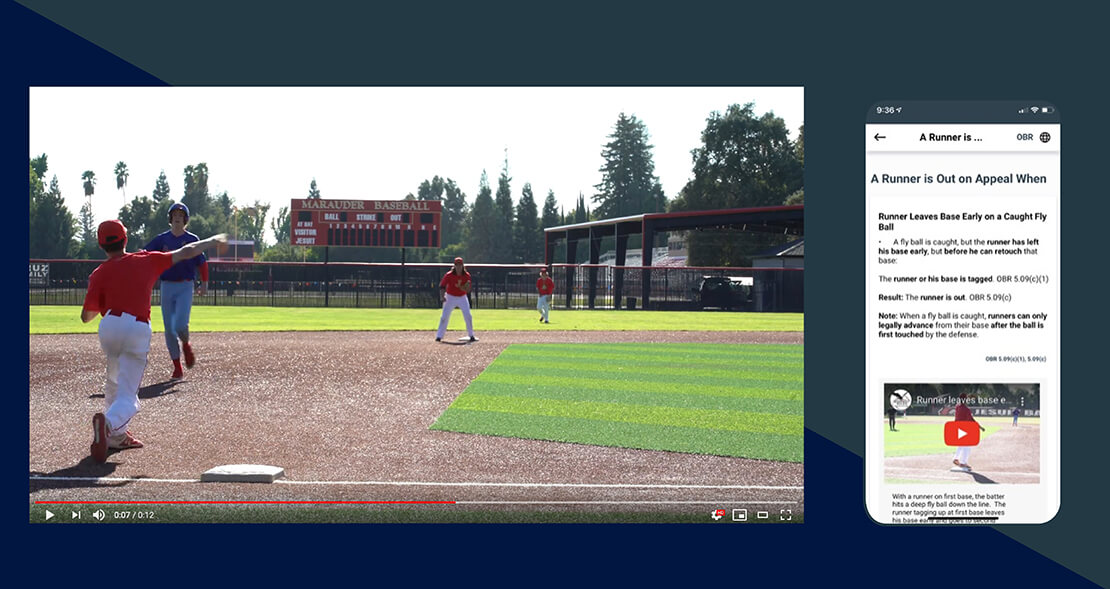 In collaboration with Jim Bettencourt, influential baseball umpire, the Uptown Studios Video Team got a little out of the box to shoot the game play footage used in the app Baseball Rules in Black and White. The first of many shooting sessions, Uptown Studios shot 40 different umpire calls from every camera angle imaginable.

Designed for umpires, Baseball Rules in Black and White is a Shark Tank winning app meant to help baseball umpires from high school, to collegiate, to pro learn how to identify the subtleties and scenarios they might see in a game.

The Uptown Studios Video Team needed to be able to show each baseball scenario from many views. To do this, they knew they would need to film from a spectator’s view, straight on, above a pitcher or the batter, and from afar. The video team also needed to figure out how they would control the sound from so many different places on the field. Sounds were very important to each scene and given the distance between each player, some creative solutions needed to be found.

Come filming day, the Uptown Studios Video Team took the role of director. In addition, they partnered with a field crew and producers. To execute all of the shots in one day, three umpires and two high school baseball teams were the “actors.” With 40 shots on the list for the day, it was a complicated feat to maintain proper sound, camera angles, and quality control. In post production, all clips were edited one-on-one with the client in their home studios. Using Adobe Suites, the Uptown Studios Video Team was able to synchronize all of the footage taken on four different cameras with six different audio channels. The client was thrilled to see the clips come to life in their app!