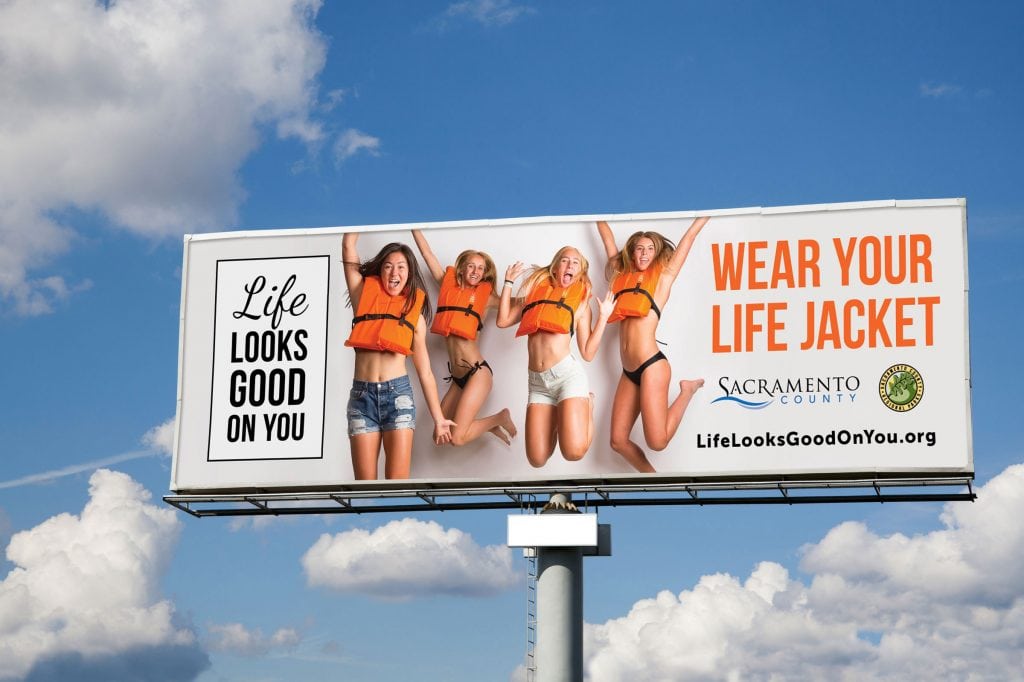 “Life Looks Good on You” has been a campaign for the Sacramento County Department of Regional Parks and Recreation, run by Uptown Studios is 2016 to present. The goal is to encourage young men, ages 14-25, to wear life vests when swimming in the American River. To prevent drownings, river goers only need to wear life jackets, but they’re perceived to be uncool, and river goers are often overconfident in their abilities to swim in the river.

In 2016, the Sacramento County Department of Regional Parks and Recreation hired Uptown Studios to create a unique water safety campaign. Our challenge was to develop an engaging, multi-pronged solution to reach young adults and encourage them to wear a life jacket when they are at the river. We created a full campaign, which included:

An engaging social media campaign that included prizes for participants sharing photos of themselves in life jackets to help discourage the stigma that life jackets are uncool.

We developed the hashtags #SacRivers and #LifeLooksGoodOnYou to make it easy for social media followers to share photos. The purpose was to make wearing a life jacket fun, help to increase the “cool” factor and help to eliminate the stigma around wearing them.

In partnership with CBS Radio and the Sacto Mofo Food Truck Festival, we gave away event tickets as contest prizes to get followers engaged on social media.

The campaign also included the “Life Looks Good On You” billboards, videos, signage and promotional items to communicate the message.

Due to the success of the 2016 campaign, Uptown Studios was asked to create another season of events and collateral for 2017. This year’s campaign included:

Creating a large poster from assembled life jackets with the “Life Looks Good On You” message which was suspended from the Jibboom Street Bridge. 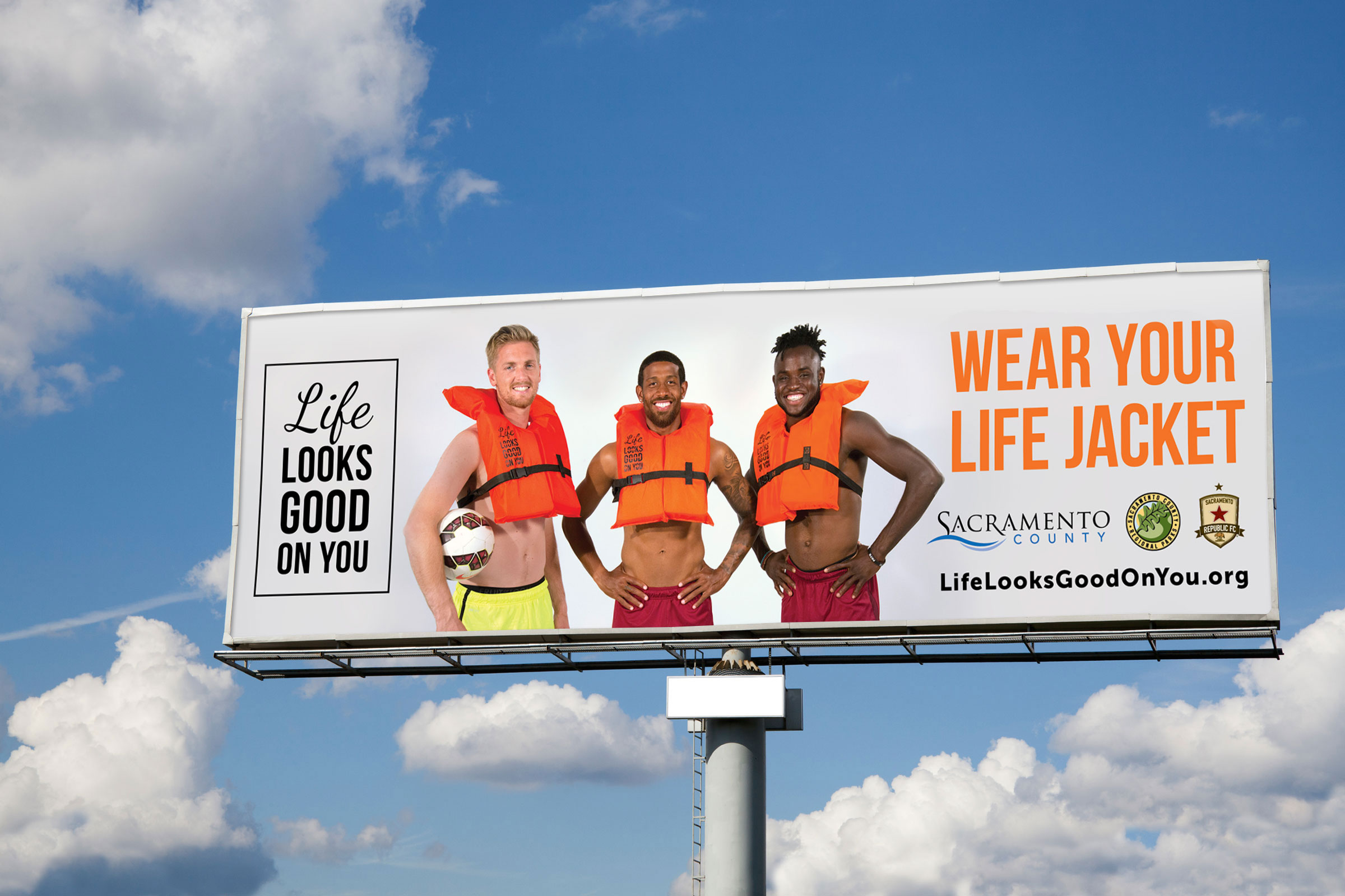 Partnering with Arden Fair Mall for a take-over event – we worked with many of the shops and they put branded, orange life jackets on the mannequins in their windows and some of the sales people wore life jackets during the day. Channel 31 did a feature broadcast at the event. 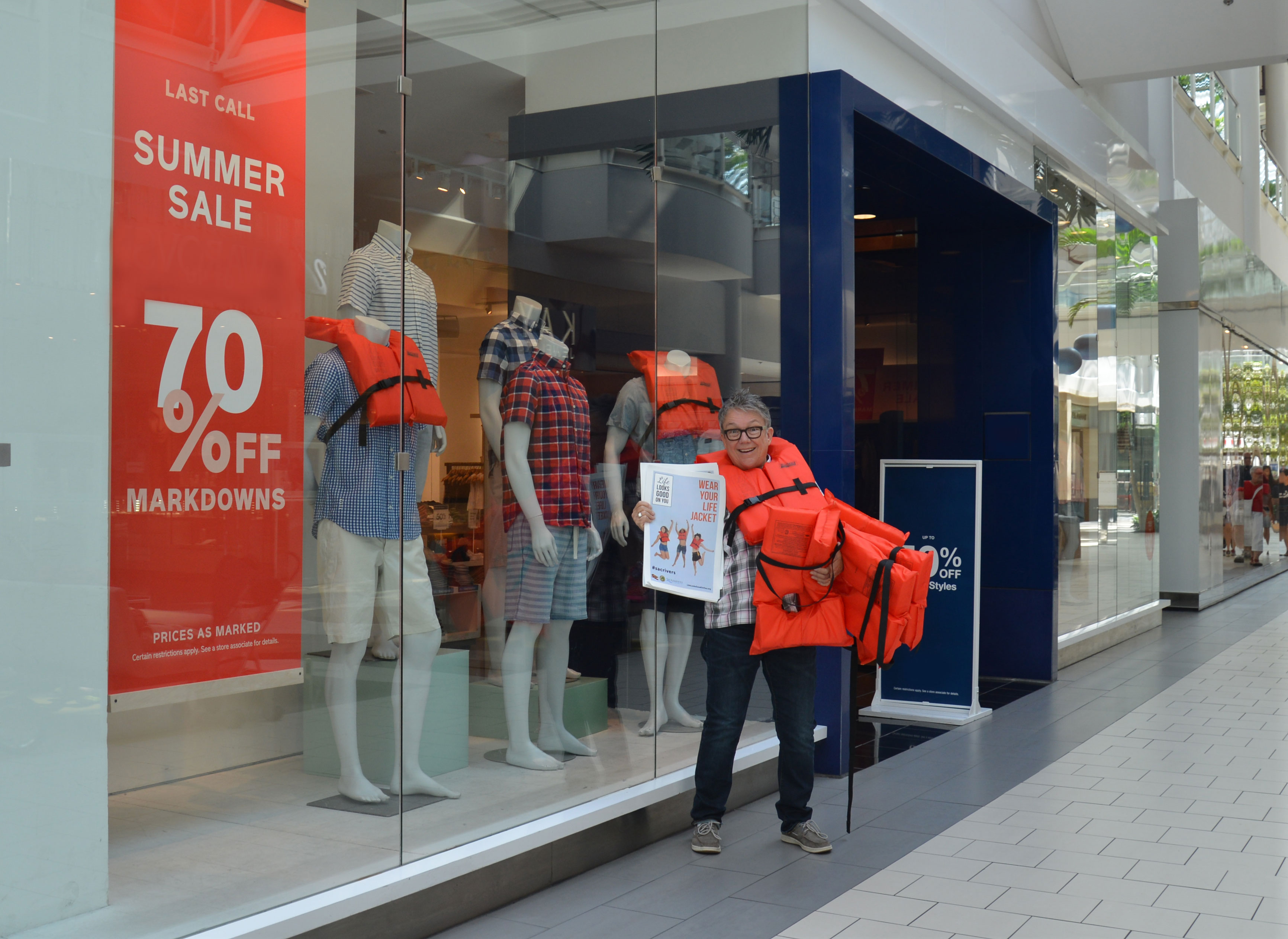 This successful partnership and campaign resulted in zero drownings along the Sacramento County lines of the American River during the peak season between Memorial Day and Labor Day Weekends in 2016. We are continuing our work with Sacramento County to save lives and keep these tragic accidents from occurring.