A social marketing strategy has the power to change the world for the better. Sounds a bit cliche, I know! But really, y’all it’s tried and true. From public health initiatives to reducing our impact on the environment, social marketing strategies have become powerful tools used by agents of change, like the team at Uptown Studios, to achieve social good. And at Uptown Studios, we’re definitely on that bandwagon, committing ourselves to bring more of that social good to the world, starting right here in Sacramento. It’s why we engage in the work we do, why we seek out mission-driven clients, and it’s reflected in the nonprofits, partners, and communities we serve. “Designs for Social Change” is more than a tagline, it’s a philosophy—our credo.

The human capacity to drive social change has been demonstrated throughout history. Consider the Women’s right to vote, civil rights, and LGBTQ+ rights movements. While definitely not overnight, these movements transformed our cultural and social institutions, profoundly shifting the way society interacts, what we believe, and how we behave.

Just think about this: It was only 10 years ago, that “Don’t Ask, Don’t Tell” restricted gay and lesbian Americans from openly serving in our military, and it wasn’t that long ago when it was perfectly legal in this country to fire an employee because they were gay. Thankfully, we’ve evolved as a species, well most of us. Today, more than 60% of Americans, support same-sex marriage. And if news of an employee being fired because they’re gay hits headlines today, there would be large public outcry. That’s the power of social change, and I think deep down, we all want to do our part in doing a little good in this world and creating a better society.

But I don’t know that could just be me. (Haha, kidding.)

Related: Be A Change Agent For Good

We develop marketing plans rooted in social marketing as a tool to do a little good in the world, create a bit of change, and foster sustainability. And we’re not the only ones! Social marketing strategies have been significant in creating effective behavior change in campaigns focused on HIV prevention, energy conservation, and smoking cessation to name just a few. In fact, social marketing has grown in popularity within the public health community who’s adopted it for planning public health interventions, from the U.S. to New Zealand. Pretty expansive, right?

Locally, our team works to promote socially beneficial behavior through different campaigns that we’re extra proud of. Here are a few that you just might be familiar with.

This campaign is so much fun! It’s also pretty inspiring! We’re extra proud of this campaign and have had the privilege of managing the Sacramento County Department of Regional Parks Life Looks Good On You Campaign since 2015, and it’s something we look forward to every year. 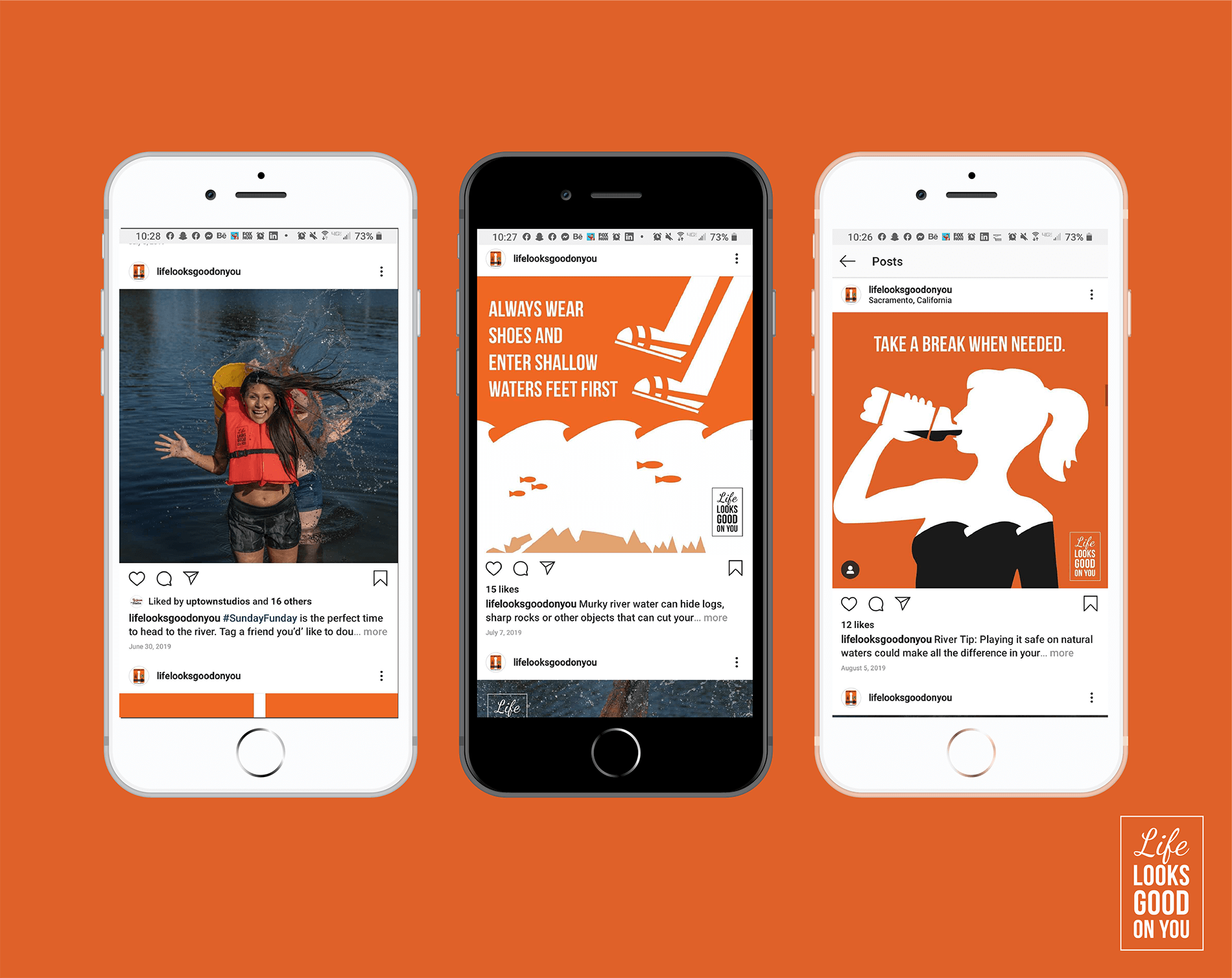 After 16 people lost their lives on Sacramento waterways in 2015*, our team was tasked with an important mission: implement a potentially life-saving marketing strategy campaign, encouraging Sacramento teens and young adults to take proper swimming precautions and wear life jackets. We created empathy through Human-Centered Design by hosting focus group after focus group to listen and listen some more. Hoping to identify the barriers, benefits, and motivations of the target demographic, young men, 15-25. What we found was that, at this age, wearing a life vest isn’t cool. It doesn’t look good and it’s definitely not sexy.

So, we partnered with Sacramento Republic FC and Sacramento State Women’s Basketball team to flip the script on life jackets and essentially make them sexy again,or at all (cue Justin Timberlake’s “I’m Bringing Sexy Back”). The team developed and tested targeted messages that focused on positivity and addressed both benefits and barriers, resulting in the tagline: Life Looks Good on You! Good, right?!

We’ve been able to run an integrated campaign that effectively reaches the target demographics through the help of many trusted community-based organizations, the use of social media, event outreach, billboards, and some really cool activations. For example, we once took over Arden Fair Mall outfitting all the mannequins with #LifeLooksGoodOnYou vests, because if you have a teen, you know that‘s where they like to hang out. Our work on this issue, in coordination with other initiatives and efforts, has significantly reduced the number of drownings on our waterways each year – with an average per year now of two (not 16). Now that’s something to be proud of, and we definitely are!

Future Forward: Marijuana is not for me.

After the passing of Prop 64 in 2016, the legalization of recreational marijuana, the Sacramento County Coalition for Youth partnered with Uptown Studios to create a marijuana prevention and educational marketing strategy campaign for teens and their parents. Looking to target Sacramento schools, we were up to the challenge! Through Human-Centered Design, we worked with students, parents, faculty, and coalition members to identify what kind of campaign messaging would resonate with our target audience. Talking to teenagers can be hard! We wanted to make sure we did that right. The best way we could think of? Have teens help us develop the messaging themselves.

Using the insights we gathered from our Human-Centered Design work, we discovered that the best kind of prevention marketing strategy campaign was a positive one – like creating a campaign that focused on the positive aspects of a teen’s life. Instead of just telling them what they shouldn’t do, we instead created messaging that focused on and encouraged them to do more of what they love. The campaign was so successful, we even created a prevention curriculum that will soon be in schools. If you’ve seen these campaign materials around town, tell us what you think!

Engaging in social marketing has allowed us to create real change and align ourselves with social issues that are most important to us. Life Looks Good on You and Future Forward are just two examples of some of the awesome marketing strategy campaigns we’re involved in. What are some of the issues that are most important to you? We’d love to hear about them and work together in creating a better Sacramento, one strategy at a time.