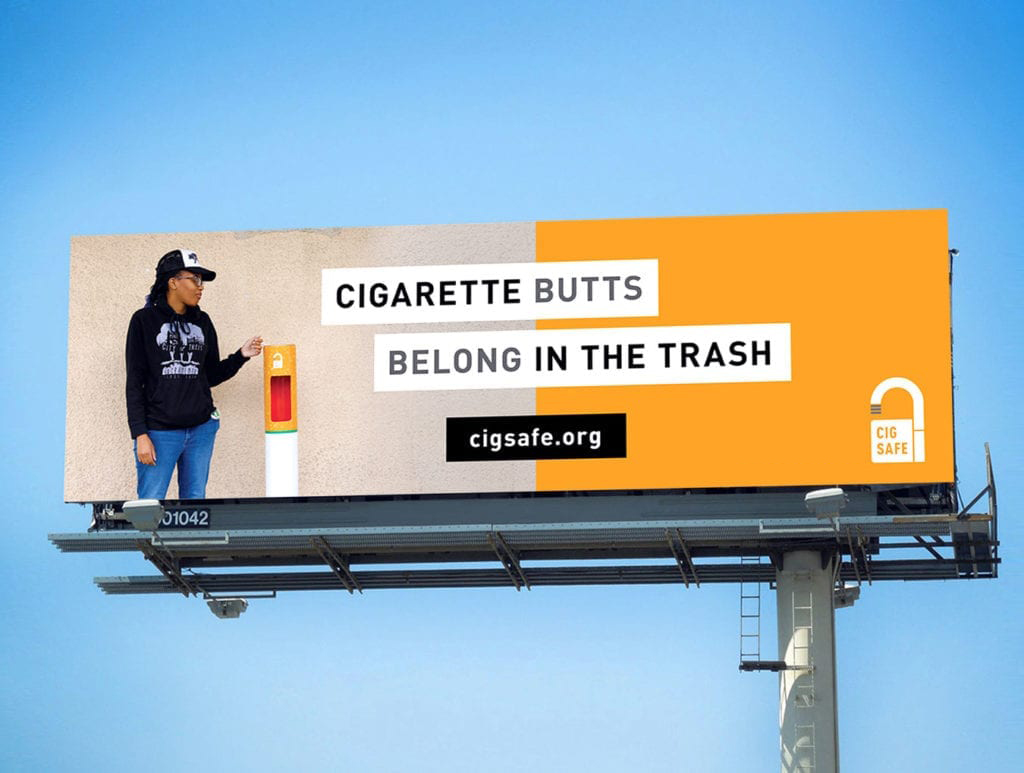 In a bid war with the Sacramento County Department of Waste Management, Uptown Studios was given a challenge: create a campaign that would help decrease cigarette butt liter in Sacramento County.

Looking to target smokers of multicultural backgrounds, Uptown Studios set out to create a message that was easily translatable, positive, and to the point.

There was a significant time crunch, so we were unable to interview people in the target population, so instead research was conducted and information from numerous studies was collected.

From there, the Uptown Studios team identified a strong understanding of the target population as well as examined previous efforts to limit cigarette butt littering. In addition, research was also conducted to identify common misconceptions when it comes to the hazards of cigarette butts.

Out of all of this research, CigSafe was born. We wanted a campaign that visually queued smokers to throw away their liter instead of flicking it on the ground.

The Uptown Studios team fabricated a prototype of the CigSafe trash can, and also developed a brand, style guide, landing page, and social media for the promotion.