A Short History of Advertising in America 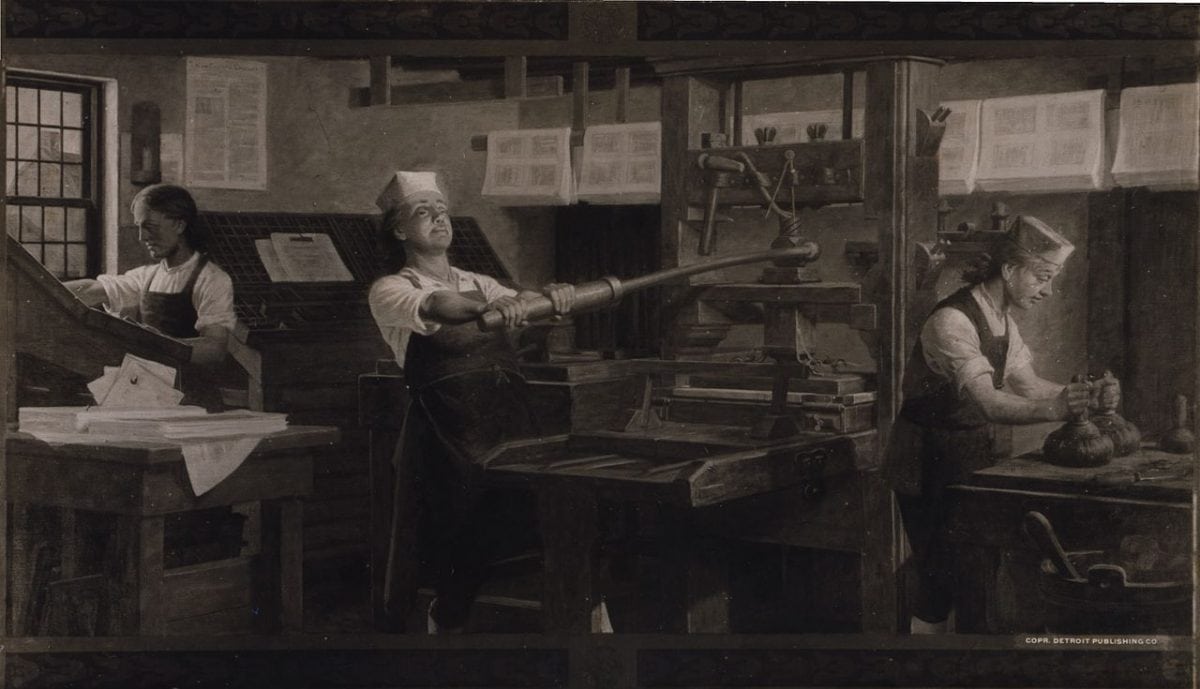 This story is as American as apple pie, Betsy Ross and baseball. Way before Mad Men, was a thing, there was humble Benjamin Franklin. Known for publishing essays and books about physics, politics and electricity – The First American, was also a key figure in advertising.

After spending countless years working in various print shops, he came up with a method to expand his operation beyond Philadelphia to the entire eastern seaboard. To pay for it all, Franklin allowed advertisements to run – mostly selling books, which were very expensive. He helped printers get established by loaning them the tools and teaching them his processes. Today, we call this franchising – and thus was born the first screen.

In 2015, advertisers spent just under $17 billion on magazine advertising. 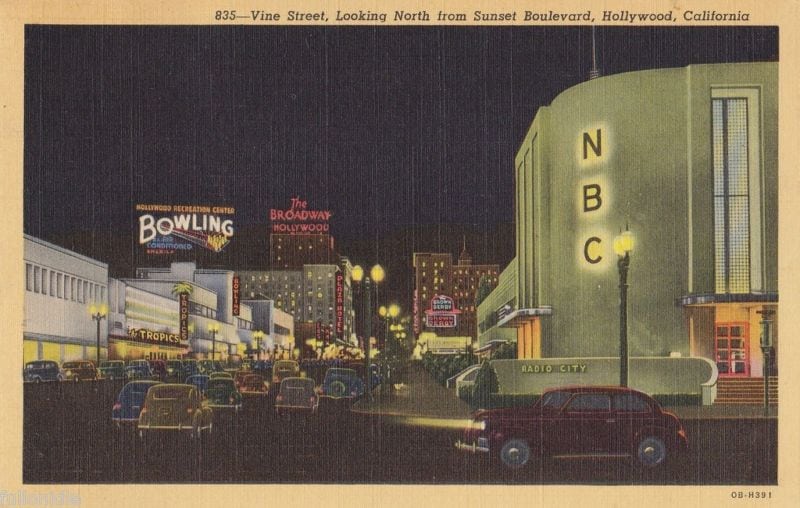 The second screen isn’t a screen at all. In 1926, a company called the National Broadcasting Company, (NBC), was born in New York and began broadcasting their radio waves around New York. CBS would follow suit a few years later. By the 1930s, newspapers began feeling the pinch. Then the double-whammy – the Great Depression hit and the country’s newspapers began filing lawsuits to slow the evolution of radio. Although the lawsuits ultimately failed, the U.S. Supreme Court finally was forced to step in and break up NBC’s monopoly, based on a new legal doctrine they called ‘scarcity’ of radio-frequency. 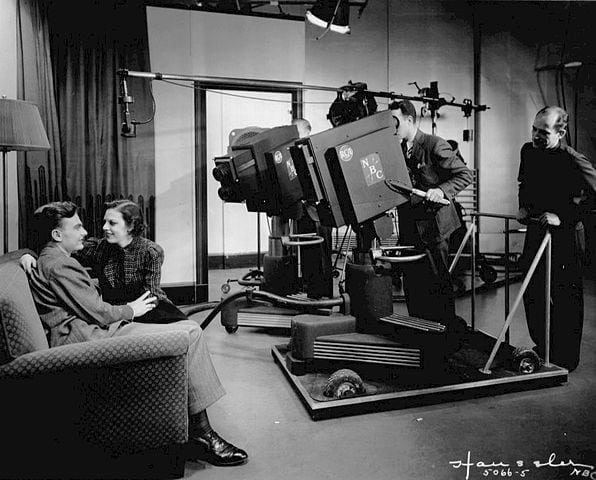 Inventors had been tinkering with televisions, since the 19th century, but the technology wasn’t ready to deliver commercial grade sets until the 1940s. By the 1950s, television  purchases grew faster than every other major technological development including indoor plumbing and telephones. Television had become advertiser’s darling. Major American companies couldn’t throw their advertising dollars at the new third screen, fast enough. Such iconic Superbowl commercials for brands like Masterlock, Coca Cola, Budweiser and Apple Computers have even become so accepted as part of Americana, that today, people who don’t even watch the Superbowl are rumored to tune in just to see what new ideas American advertisers are sharing. 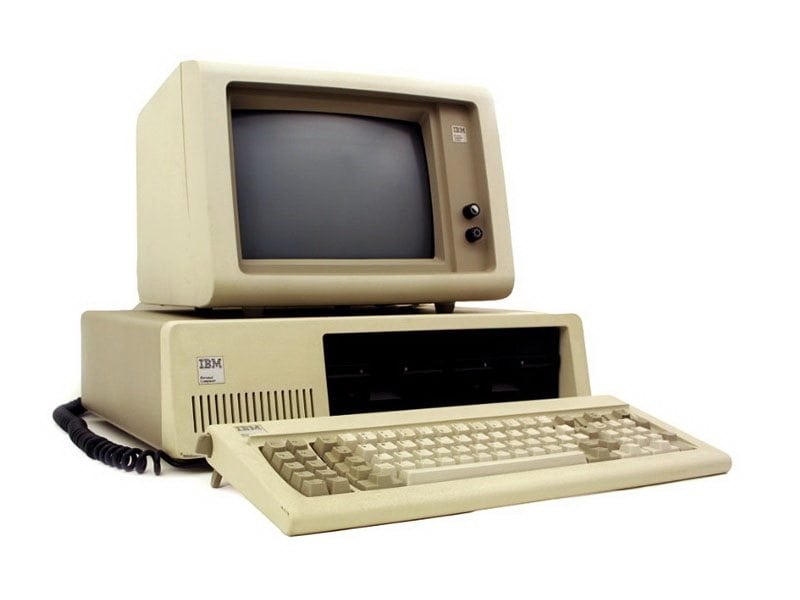 In the 1970s, a guy named Paul Allen boosted his buddy into garbage dumpsters in the alley at a company called C-Cubed in Seattle.  The pair of teens dug out some coffee stained source code that helped them develop QDOS (Quick and Dirty OS). Eventually, the pair of programmers would share their idea with IBM and deliver the new OS on millions of IBM PC’s around the world. This paved the road to Microsoft and Bill Gates would become the richest man in the world with an estimated net worth of $82 billion.

The computer monitor remained fairly static for decades; only large companies and government agencies used modems to transfer data. But then 1995 arrived and three companies basically put the World Wide Web into millions of offices and households, almost overnight. Cisco, Mosaic and US Robotics paved the way for the Internet and nothing would be the same.

AT&T is generally credited as the first big advertiser on the fourth screen. Their first banner ran on Hotwired – a webzine owned and run by Wired, the preeminent tech magazine still around today. The ad ran for three months for $30,000 and produced a whopping click-through rate of 44%.

Assessing the total spend for the fourth screen is difficult because the fifth screen, hit the ground running so hard with advertising in America, the vibrations still cause many advertising heads’ to rattle.

Estimates for fourth screen advertising in 2015 hover around $25 billion. 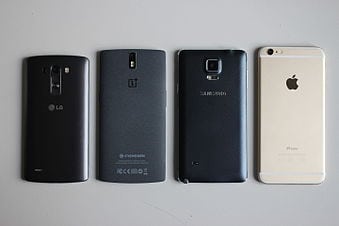 On June 29, 2007, everything changed, again when the single biggest disruptor in technology was launched; Apple’s original iPhone.  Although not technically the first mobile phone, it was a revolutionary product for many reasons, notwithstanding its spacey touch-screen technology, high-resolution screen and connectivity to the Internet. It was on every tech-heads must have list and soon, iPhone envy would be a real thing.

The mobile phone, known as the Fifth screen, in the advertising world, went from zero to infinity in nine years. Today, mobile channels account for 65% of all the Internet traffic in the world. Industry experts estimate that by 2016, advertisers in the mobile space will spend more than $100 billion dollars. No matter how one slices that $100 billion dollar pie – it doesn’t take a rocket scientist to see that from print to smart phones, the story of technology in America is so related to advertising that one would not exist without the other.

“As we enjoy great advantages from the invention of others, we should be glad of an opportunity to serve others by any invention of ours, and this we should do freely and generously.”